Even the best of us cannot pay that debt. Jesus is like a wealthy friend or relative who recognizes that we are deeply in debt and cannot pay what we owe; he pays all our debts himself, and then even opens a new account with his money and gives us that account so we too can be wealthy. The analogy of redemption is sometimes described as Jesus taking the form of a ransom. As a Redeemer he assumes our debt and pays it in full; as a Ransom he claims us for himself, buying us out of the power of sin and evil and death. Neither image should be pressed so far as to suggest that Jesus is paying our value to a higher power.

Jesus, the Son of God, is already the highest power that exists. However, the Son of God is offering payment to make us his people because he wants us to be his people. A similar analogy omits the financial picture but says much the same thing. Jesus endured what we deserve so we can receive something better in exchange. By sinning, we broke our relationship with God.

The ultimate separation from God is called hell.


Jesus experienced hell for several hours on the cross so we would never experience hell, even though by our sins we deserve to be there. In experiencing what we deserve, Jesus was able to spare us the punishment we deserve and instead give us a gift, blessings that only Jesus deserves.

This analogy is sometimes called the Great Exchange. Because Jesus loves us, he trades places with us. He takes on the guilt for all our sins, and his own Father treats him as guilty of those sins. He abandons Jesus on the cross, and by doing that he removes the punishment that we deserve. Instead, Jesus gives us credit for his goodness. Because Jesus has given us that credit, God sees us through Jesus and claims us as his children. Because Jesus paid for our sins, we can join him in that new creation and live there with him forever. This exchange was acted out in the trial of Jesus before Pontius Pilate.

Pilate was hearing several cases in Jerusalem when the Jewish authorities brought Jesus to him.

Pilate perceived that Jesus was guilty of no great crimes that deserved death. In various ways, he tried to find a way to set Jesus free. In his hearings that morning, he had condemned a convicted terrorist named Barabbas to death on a cross. Pilate now offered the priests and their minions a choice: either Pilate would set Jesus free, or Pilate would set Barabbas free. Because they were determined to destroy Jesus, they called for freedom for Barabbas.

Now the mention of Barabbas led them to call for the cross for Jesus. Barabbas, the convicted criminal, was free, and Jesus took his place, receiving the punishment Barabbas deserved. Every person redeemed by Jesus is a Barabbas deserving punishment, but Jesus has taken away that punishment and endured it himself so sinners can be free. This same exchange can be described with a judicial analogy. Our accuser Satan reminds both God and us of the punishment we deserve. But we have a defense attorney who speaks on our behalf.

Why must Jesus pay a price to redeem us? The answer to those questions is best shown by another analogy which also involves justice. God cannot ignore the harm done by sin. God is holy and just. Forgiveness is free to sinners, but it is not cheap.

The forgiveness of sins is very expensive, and someone has to pay that price. God is just, but he is not justice. God is holy, but he is not holiness. Not only is God loving, but God is love. Love is the center of the nature of the Triune God. God loves the people he made, even those who have sinned.

A manager is commended for changing the accounts when he is about to be fired, knowing that he is making friends for his future by his dishonesty. A strong man the devil is tied up by a stronger man Jesus so the stronger man can rob him of his possessions sinners. Redemption is often pictured as a rescue mission, which is why Jesus is called Savior.

He saves his people from their sins. One depiction of Jesus doing the work of a Savior pictures him diving to the bottom of a muddy pond. Buried in the mud at the bottom of the pond is treasure. Jesus gets himself dirty hunting for that treasure. He lives among sinners and is even killed by sinners. Jesus finds the treasure, though, and brings it to the surface with him. In the same way, we are lifted out of this world of sin, claimed by Jesus, and lifted up to his kingdom. We never could have traveled there on our own; Jesus had to come down to us to lift us up to him. Another picture of his rescue mission depicts Jesus as a shepherd, going out into the wilderness to bring back a sheep that has wandered, since the sheep cannot find its own way home and cannot defend itself in the wilderness.

In the long-standing war between God and evil, the decisive battle was fought outside the gates of Jerusalem on a Friday long ago.

The Mystery of Redemption in Work

Jesus won that fight, and he announced his victory later that weekend by rising again from the dead. Nations honor soldiers who give their lives on the battlefield defending their country. Our King gave his life on the cross to rescue his Kingdom from evil. Jesus does not mind sharing his victory; he wants to share his victory. Shadows and Images. The Message of Bernadette. They Followed His Call. 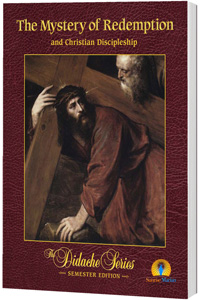 Seven Words of Jesus and Mary. Treasure in Clay. You Have Words of Eternal Life. 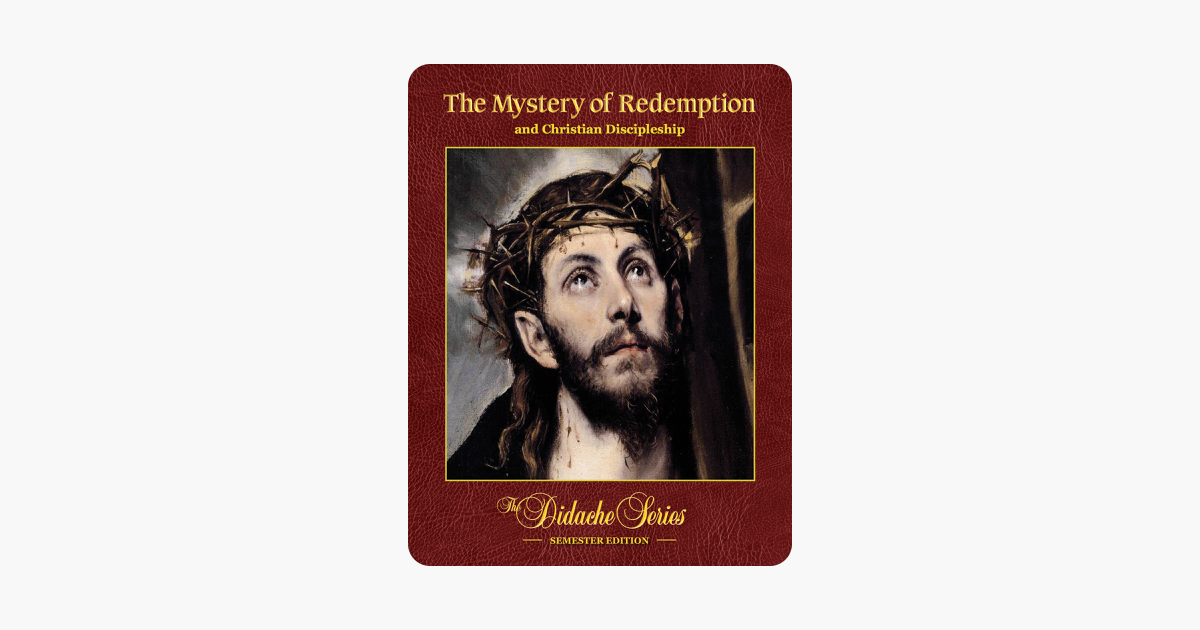 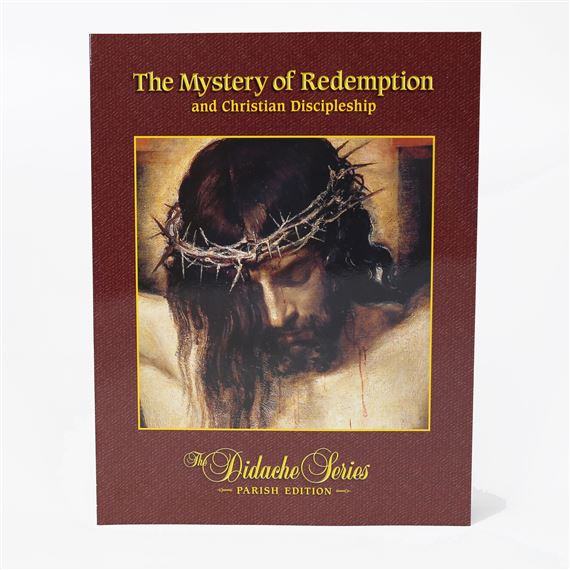 Related The Mystery of Redemption